Crowd In A Can: Live at the SCC: Manchester Central 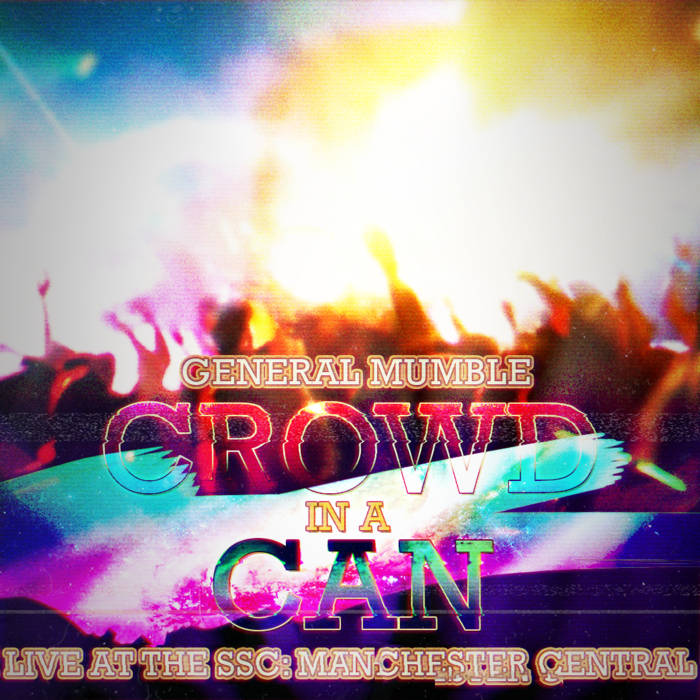 Unfortunately, this recording is not a direct live feed of the event. Due to technical and organisational difficulties, the live feed of my set could not be recovered.
Disappointed by this, I set out to recreate the energy from that night by layering the final project file from the night over some stock crowd sounds (a crowd much larger-sounding than the actual crowd there lmao).
I also asked followers of my Facebook page to chip in with some cheering, to make things more personal. They have all been subtly edited into the mix, and are credited below.

All music by General Mumble, Spott, MUM-B1, (ie. me) except: