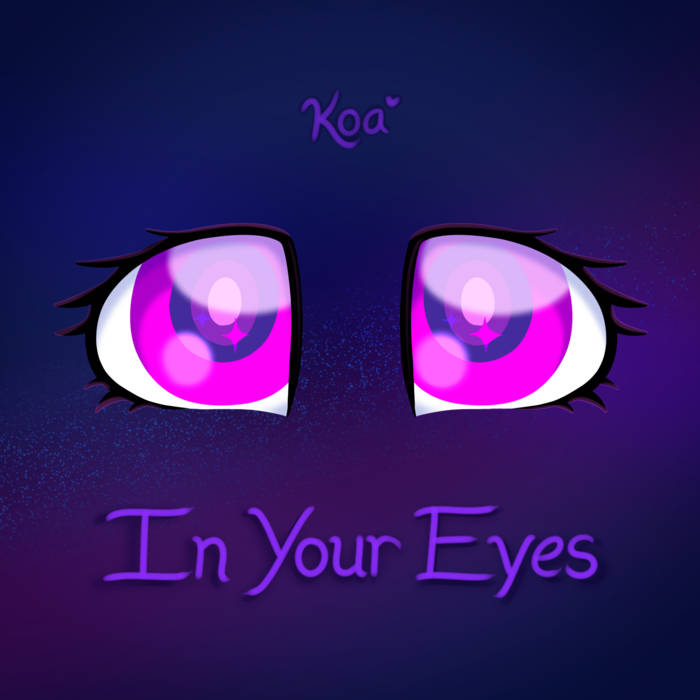 Inabiaf Heard these for the first time when you performed live at Harmonycon 2022, instantly fell in love! Favorite track: 君の目に (feat. 重音テト).

Gloomrot The best pony album to come out in recent years tbh. A gem for sure. Favorite track: Background pt. 1 (with TCB).

Atha Fox Made me realize why I loved the heart back in pony-centric music back in the day. Thanks for the nostalgia trip filled with great tunes. Favorite track: 君の目に (feat. 重音テト).

Bacon Hair Back when Glimmer was an awesome villain. Favorite track: Glimmer.

Rayne drown is probably my favorite track of 2021. I love it so much shattered is good but has nothing on drown I am dieing to hear the rest of the album.

edit:All right I've heard the rest of the album. and now it's between drown and glimmer I want a glimmer part 2 though.

A 12-track wander through multiple perspectives, scored in a variety of styles and accompanied by the loveliest friends.

"Tell me... Is the world beautiful in your eyes?"

Illustration and design by Koa (twitter.com/KoaPony)

Special thanks to:
GalaxySquid, General Mumble, Luck Rock, Namii, Nevermourn, PegasYs, PurrleaRose, Seventh Element, sockmomo, TCB, TwinDrill, and all the friends who listened to early versions of my tracks, hyped me up, and supported me through an incredibly trying but incredibly fruitful year. I love you all <3