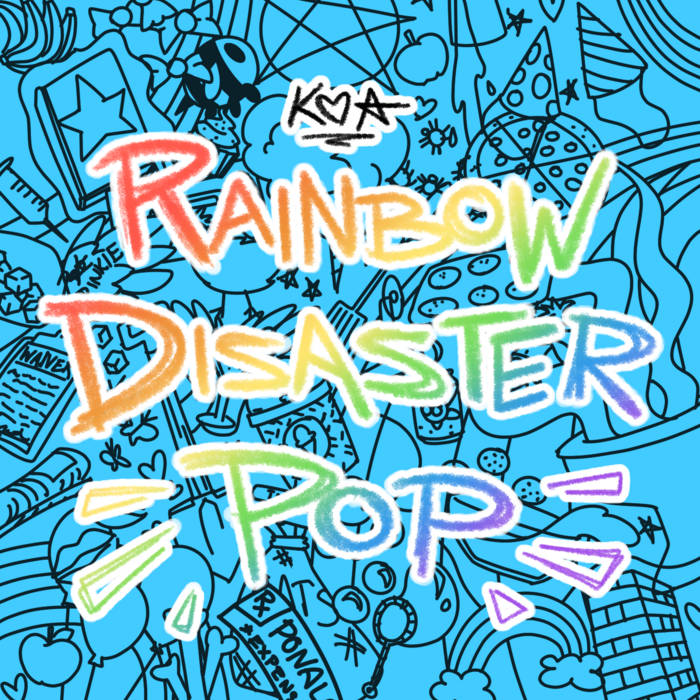 mistybrightcloud23 I love this album so much! It’s amazing, very catchy and very fun, such a fantastic blend styles ,koa is so talented and awesome! I’m so proud of you koa!! It’s so hard to pick a favorite I had dream i was a horse Is so fun! No rainbows pizza party is amazing as well, I love every song on this album! :3 Favorite track: NO RAINBOWS PIZZA PARTY (feat. Luck Rock & Friends).

Bacon Hair Awesome music based off one of the most critical pieces of art from the fandom. It's time someone noticed the reprehensible implications of My Little Dashie. Favorite track: The Very True Story of Dash.

pumpkinmox That last song is so inspirational, it's weird. I don't know much about what these songs are based off but I still feel the nostalgia in them for some reason. I just remember those silly RD videos on youtube and I stopped watching them at one point but I still recognize his voice. Thanks Koa! Favorite track: The Very True Story of Dash.

voodoopup Slick production with melodic infection and a great selection for any collection. Love the cover art too! Favorite track: muffins&bubbles&colors&rainbows.

Arioid I'M SO PROUD OF U KOA, THIS ALBUM IS AMAZING AND I LOVE IT SO MUCH! Favorite track: NO RAINBOWS PIZZA PARTY (feat. Luck Rock & Friends).

BlueSkyes Such a catchy song! Amazing blend of musical styles. Although its hard to pick between this, No Rainbows, and The Very True Story of Dash as my fave. Favorite track: I had a dream I was a horse (with Francis Vace).

No One and Nobody

Mixing and mastering by Faulty: twitter.com/FaultyMusic

Special thanks to:
Luck Rock, for being my direct consultant on just about everything
Hyper Dash, for initially discussing and hyping up the idea of NO RAINBOWS PIZZA PARTY, and designing 🚫🌈🍕🎉!!
Faulty, for not only mastering everything, but helping me get equipment to make CDs in-house and doing much of the hands-on work himself. And also the kisses I like those :>
General Mumble, for his endless support, constructive feedback, and being the best husband imaginable, as always <3
Greg from DawnSomewhere, for creating RDP and allowing me to go forward with this project!